The Reality of Talpur Rule. 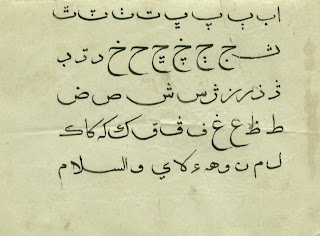 Below are letters of Mir Mohammad Ali Talpur and Mir Manzoor Kureshi. With reference to these letters, I fully agree with Saaiin Mir Mohammad Ali Talpur sahib's opinion on Mr Kureshis' letter published by Dawn. In free world, everyone is free to express opinions and so is Mr Kureshi. Whether he twists, tears or play with history, he is free to do so, facts however would remain facts, as always these these have been. Perhaps Mr Kureshi has borrowed his opinion from KR Malkani's "Sindh Story".

People, fail to see that Sindh, during Mian Abdul Nabi Kalhoro's time, was under a disastrous famine. Madad Khan Pathan's invasion had later totally paralyzed it. Mian Abdul Nabi kept on inviting Madad Khan to restore him to the throne of Sindh at the cost of anything he wanted from Sindh. During TalpurMirs' times, however, historians write that grains were exported to Kutch, Gujarat, Mutan, Balochistan, Afghanistan and other countries. If Mirs had converted all lands into their private shikargahs, how come Sindh started exporting grains to all these states? Anyone can read books by worst critics of Talpurs rule, and he/she would be surprised to find that amongst their criticism, they had also written a lot to contradict their own criticism of Talpurs, and actually praised Talpurs a lot.

Mir Mohammad Ali Talpur's email reads as:
Respected Friends,
Mr. Manzoor H. Kureshi in a letter to Dawn regarding the Hur Movement had maligned Talpur Rule in Sindh and I have refuted his contentions with historical facts.

I'm send both the letters for your kind perusal. I am also attaching the alphabet mentioned in the letter

THIS is apropos of the report('Research on Hur movement urged', Jan 28) regarding launching of a compact disc containing facsimiles of H. T. Lambrick Papers (1893-1947) at a seminar organised by the Sindh Language Authority (SLA) at Hyderabad.

While introducing the CD, the participants spoke at length on the Hur movement and called for extensive research on the movement and the struggle of Pir Sibghatulah Shah Rashdi against the British.

The participants, some of them eminent scholars and educationists, delved at length on the validity of the Lambrick Papers with reference to the movement. The final resting place of Pir Pagaro also came under discussion but left as a mystery because of non-availability of any authentic material.

The Hur movement (1930-43) is one of the most important chapters that have played the most vital role in the history of Sindh. Therefore, in order to asses its impact on the pre-and the post-independence period of modern Sindh, not only the Hur movement but the reigns of two alien powers (Talpurs and British) who governed it through the 19th century and almost half of the 20th century also required exhaustive and impartial analysis.

The Talpurs were a Baloch tribe from Balochistan, soldiering in the native Kalhoras' armed forces. After overthrowing their masters (1783), the Talpurs turned Sindh as their personal fief which they divided into various branches of their families. Their triarchy ruled in a fashion of laissez-faire mediaeval monarchs, more engrossed in hunting than providing rule of law to the populace.

Almost all fertile lands were either converted into royal hunting meadows or doled out to loyal clans serving in the state army. During their rule the condition of the masses was extremely miserable, to say the least.

When the British conquered Sindh (1843), they brought with them various new concepts and enlightened ideas of a welfare state already applied in Europe since the 18th century.

They introduced modern education, latest system of administration and justice, revenue and communication, concept of planned cities on the basis of which they built the Karachi port city.

They not only developed roads and extensive railway infrastructure in the shortest possible time, linking remote places with main cities but also built Lloyd Barrage (1932), the world's greatest irrigation system.

Sindh which was mostly dependent on seasonal rainfall, overflow of non-perennial Indus or a few small canals was now provided with a network of canals irrigating about five million acres of hitherto virgin lands.

Even the credit for developing the alphabet of the modern Sindhi language goes to Sir Henry Bartle Edward Frere, then commissioner of Sindh (1857).

The institutions and infrastructure built by the British in the 19th and the beginning of the 20th century were so sturdy and effective that despite total apathy shown to them subsequently are still catering to the needs of the people.

The Hur revolt started during the middle of the colonial period.

Although this period was more benevolent, especially after the East India Company was replaced by the Crown (1858), which not only transformed the disposition of Sindh from the mediaeval to the modern but at the same time witnessed hectic developmental activities, carried out by the administration for the general welfare of the public. This aspect needs to be analysed.

The upshot of the Hur Movement was martial law imposed on lower Sindh and shifting of thousands of non-local ex-servicemen and Mari and Bugti tribal families who were given incentives by way of allotting them thousands of acres of fertile land in the Nara valley and reclaimed forest lands of the 'Mukhi forest', a hotbed of stiff resistance, as a permanent settlement.

This policy changed the socio-political milieu as well as the demography of Sindh forever. The colossal damage, socio-economically as well as politically, caused to the people of Sindh in the long run an outcome of confrontation with a far superior adversary, the British Empire, also need to be examined by the scholars when the Hur Movement is made subject of an in-depth research.

MY Reply to Manoor H. Kureshi in March 5th Dawn

THIS is apropos of Manzoor H. Kureshi's letter, 'Research on Hur Movement" . The writer's bracketing Talpurs in the same category of aliens as the British is not only historically incorrect but also an injustice to those who gave Sindh peace and prosperity.

The Talpurs, sons of Mir Sulaiman Kako Talpur, arrived in Sindh circa 1680. Mir Fateh Ali Khan, the first Talpur ruler, was the fourth generation Talpur in Sindh. Certainly Talpurs were a lot less alien than the Arabs, Arghuns and, of course, those who came after 1947 to rule here.

Mir Shahdad Khan Talpur, great grandfather of the first Talpur ruler, was an influential nobleman long before the Talpur rule began. In a Sanad issued under the seal of Mir Muhammad Mahdi, the revenue commissioner, under the seal of Mughal governor of Thatta Ahmadyar Khan on 19th Rajab 1116 AH (1704), he was addressed as 'his eminence', i.e. 'raf'at panah', and granted remission of land revenue arrears to him.

He established Shahdadpur circa 1713 after having had the 'Marik Wah', a natural inundation canal dug all the way from Sakrand to Rokun Bur'ra' in Sanghar, making that entire area cultivable.

Moreover, numerous canals, which still carry their names, were dug during the Talpur rule and belie the claim that they did nothing for agriculture or people of Sindh. I advise Mr Kureshi to read the paper, 'Foundations of Talpur Power in Sindh', presented by historian Dr N.A. Baloch at Pakistan History Conference, Golden Jubilee Session, Oct 20-22, 2001 at Hakim Mohammad Said Memorial Lecture.

Mr Kureshi says that "the Talpurs turned Sindh as their personal fief which they divided into various branches of their families."

Dividing a large territory into administrative divisions was a necessity which led to peace and tranquillity. The Talpurs, unlike the Mughals and Kalhoras, were not addicted to fratricide or brutality.

The Kalhoras were plagued by internal dissensions and faced 81 uprisings in their 82 years of rule while Talpurs only two in their 60 years of rule.

He also says: "Almost all fertile lands were either converted into royal hunting meadows or doled out to loyal clans serving in the state army." What would he say about the present-day DHAs and cantonments? Distributing lands to those serving the state then was an established custom in the East.

He says: "The Talpurs were a Baloch tribe from Balochistan, soldiering in the native Kalhoras' armed forces," implying that Talpurs were mercenaries which they were not.

He adds that they overthrew their masters without even bothering to mention the successive brutal assassinations of Talpur leaders beginning with Mir Bahram and his son Mir Sobdar Khan (father of Mir Fateh Ali) in 1775, of Mir Bijar Khan, son of Mir Bahram Khan in 1781 and then of Mir Abdullah, son of Mir Bijar, and Mir Fateh Khan, son of Mir Tharra Khan of Mirpur in 1783, which proved to be the last straw leading to the battle of Halani, forcing them to put an end to the Kalhora rule.

The Talpurs wrested Karachi from Khan of Kalat in 1795, Shikarpur from Afghans in 1804 and Umarkot from Jodhpur in 1813. Even a biased historian like Dr H. T. Sorely says: "By the possession of Shikarpur and Sukkur and the neighboring territory, the Mirs completed their design of making Sindh one single unit under their control. Thereafter, they maintained their authority in a manner which Sindh had not known for centuries."

Mr Kureshi like many other misinformed historians attributes "even developing the alphabet of the modern Sindhi language" to Bartle Frere. How were books being written before that?

It would be of interest to readers that Talpurs were patrons of arts and literature. Mir Fateh Ali, Mir Karam Ali, Mir Murad Ali, Mir Sobdar, Mir Naseer Khan and others were poets who wrote in Persian as well as in Urdu. Dr Safia Bano in her treatise, 'Ameeran Talpur — Siyasi aur Adabi Tareekh', has given the details.

I hope these facts will help in clearing up the misconceptions and misinformation about the Talpur rule.